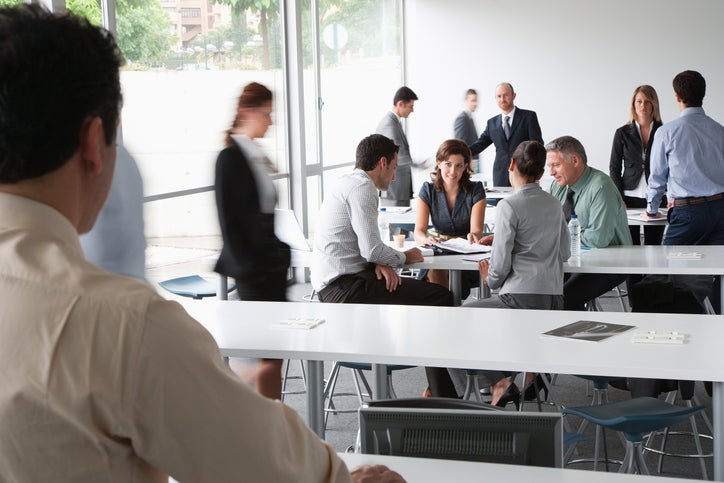 Michael Seymour is a blogger on sales enablement, and an independent analyst/consultant. He most recently ran a sales enablement team at Oracle that oversaw the deployment of over 4,500 iPads to reps globally. This is the second in a three-part series about the global deployment of a unified sales enablement program. You can read his blog at http://michael-seymour.com and follow him on Twitter at https://twitter.com/michael_sey/.

Over the last 10 years, marketing completely overhauled itself to adapt to changing market conditions. The internet enables disintermediation in the traditional sales cycle. It empowers buyers to know more about a product or service prior to purchasing, and to use outside reference points to judge a solution. To remain relevant marketing needed to adapt, and it did. Thus, you see the rise of MarTech. Sales is now following suit, and transforming the way they interact with buyers through mobile, social and face-to-face interactions.

And this is what sales enablement is all about – enabling those sellers to effectively transform. Whether it is optimizing interactions through sales content management or improved training through sales learning management.

Take the Time to Teach and Show Value

When rolling out sales enablement tooling at Oracle, I learned that just because you build it doesn’t mean they will come. We rolled out the tooling based on the product line. I owned the Customer Experience (CX) line, while a colleague owned the Human Resources (HR) line. We noticed a stark difference in adoption with the CX adoption being much higher. Why was that? I sold the CX sales reps on how they needed to transform, and how sales enablement tooling could help. It wasn’t sufficient to deliver best in class content on an iPad. We had to go and meet with the sellers, convincing them to adopt it. This quickly became a best practice as the roll-out expanded, and I was soon responsible for all product lines.

Does your organization fall into these common Sales & Marketing traps? >>

The reality is that sales is fully aware that they need to transform their selling technique. But you have to sell them on acting on the concept. Sales has been repeatedly burned on adopting new tools and technology, with the promise of productivity gains. Those gains often don’t exist, or in the end actually, cripple productivity (think sales force automation). By showing reps the value associated with using an iPad in a sales cycle, we saw marked increased in usage.

Tailor to Your Audience

Furthermore, we realized that we couldn’t expect the same training to work in all locations. This was a global project, with a roll-out to every region. We noticed usage patterns differentiated based on the regions. While we were rolling it out to the regions, we noticed some stark differences in the acceptance of the training. A best practice in North America around this was to do some role playing. Have a rep use an iPad and simulate a conversation with a buyer using that iPad. This was quite effective in North America, and also Europe. But we discovered issues with this when we rolled it out in Latin America.

When we went to a regional Latin American hub to deliver some iPad-related training, we quickly discovered that the Latin American reps declined to role-play. Luckily I adapted midstream and altered the curriculum in real time to be more of a “how-to” style training. After querying locals, we quickly discovered that the teams didn’t believe that stock role-play would help them in their sales situations. The dynamics of the sales conversations in that region didn’t lend itself to traditional sales presentations. Instead, they focused on more conversational style topics. They saw the value in using iPads in situations like that, but our packaged training didn’t support the more informal conversations they were having.

Going forward, we worked with our local sales training teams to help optimize the training in these regions. It turned out looking quite different based on the region. With Europe and North America adopting role-play, and the other regions doing more lecture style training. Finally, we also put some training in local languages, and kept others in English based on the region and audience.

One thing you quickly realize when you deliver training for sales reps is that if they don’t use it, they will quickly forget it. This was no different in our roll-out. We saw heavy tool usage after every training, but it would taper over time. To address this, we created short YouTube instruction style videos on how to transform their selling. They could access them from their iPad or PC, and quickly refresh their skills. In addition, we continually rolled it out. We also worked with regional sales managers to do quick refreshers on using the new sales enablement tooling.