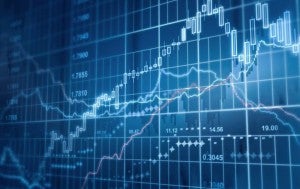 For a glimpse at potential future competitors, business bankers in the U.S. need only to look “across the pond” to the U.K.  In that market, new entrants known as “challenger banks” have been launched and are working to chip away at the dominance of Britain’s large, traditional banks. While their results are modest thus far, the challenger banks are seeing some success.

But isn’t that always the way with market disruption?  It starts as a trickle that’s deemed insignificant by the big, entrenched players. Until it’s not, and by then, it’s too late for the lumbering giants to respond effectively.

So what are these challenger banks?  Here’s the definition from the Oxford Dictionary:  British: A relatively small retail bank set up with the intention of competing for business with large, long-established national banks.

The challenger banks are fully licensed as banks, but don’t have the operational burdens of large banks, such as extensive brick-and-mortar branch networks and cumbersome legacy systems. With the benefit of starting with a clean slate, challenger banks such Metro Bank, Aldemore, Shawbrook Bank, and Charter Savings can often offer superior service, higher interest rates on deposits, and lower rates on loans than the “Big Four” British banks (HSBC, Lloyd’s, Barclays and RBS). With their new and different approach, they are winning customers and doing well – perhaps somewhat slowly and with relatively small numbers for now. But that’s how massive market disruptions always start.

Bankers in the U.S. may be of the opinion that the challenger bank phenomenon won’t happen here.  It’s understandable why they may think that way because there are obstacles are in the way. The two biggest are the regulatory changes that would need to happen, and the major capitalization that would be required to create real competitive threats to established banks.

Regarding the first hurdle, the big regulatory changes that would need to happen to pave the way for challenger banks are becoming easier to envision, especially in the present political climate.

“Break Up the Big Banks”

The headline of a recent The Wall Street Journal article summed it up perfectly: “Republicans and Democrats Agee: We Hate Wall Street.” The article went on to describe the current presidential election as unlike any the banking industry has ever seen: “One in which the banking industry is denounced by candidates on the left and the right. Candidates on both sides are playing to widely held public ire over banks’ role in the financial crisis and their subsequent taxpayer-funded bailouts.”

In this environment, it’s easy to imagine how calls to “break up the big banks” are acted upon in the form of new regulations – ones that would open the door for challenger banks.

“Who Has That Kind of Money?”

Then there’s the capitalization question. Who could put up the hundreds of millions of billions of dollars needed to create a challenger bank that could go up against giants like Bank of America or Wells Fargo and win often?  Bankers look around their own industry and don’t see the major league investors.  But what if a company like Google or Amazon, or some other very large non-traditional competitor made a move in this direction? It has happened in the U.K., with Sir Richard Branson’s Virgin Money being a prime example.

Already Halfway There with ‘Neo-banks’

Disruption is already underway in the U.S. market in the form of companies known as “neo-banks”.  These are small, nimble institutions that provide simple checking and savings accounts, digital payment capabilities, prepaid debit cards and other basic services entirely online.

To comply with regulatory and licensing requirements, neo-banks operate under the charters of traditional banks with who they have partnerships.  In addition to enabling neo-banks to operate legally, traditional banks often provide them with a range of back-office banking services.

Neo-banks like Simple and Moven are good examples. Unlike the typical customer experience at traditional banks that have soured so many people, these companies make it quick and easy to open an account and handle basic transactions. They are known for providing quality online support and exceptional live customer support. Customers usually do their banking via their smartphones, at ATMs, or at locations like Wal-Mart or Target. Neo-bank are a good option for young people with simple banking needs, the tech-savvy, and people who for one reason or another just don’t like traditional banks. In other words, they’re targeting a growing market that’s presently underserved by big banks.

One way to look at it is that the banking landscape in the U.S. includes massively entrenched players whose franchises are in very little danger from new competitors anytime soon, be they challenger banks, neo-banks or whatever.

On the other hand, we could be one election, some regulatory changes, and one big investor away from opening the floodgates on massive disruption in the banking industry.

Either way, it will be interesting to see how it all plays out for U.S. banks and their customers.