As more professionals turn to Salesforce, the enterprise cloud computing company continues to grow through partnerships. Recently, the business announced a deal with Dropbox, an online storage and sharing service, that will undoubtedly give it an edge.

The integration means that individuals will be able to access Dropbox files while in Salesforce1. More than 4 million businesses currently use Dropbox, and Salesforce will be able to tap into this market through its partnership. Additionally, this will help the company keep pace with its rival, Apple’s iCloud.

Dropbox vs. iCloud
Apple users will outright tell you that the winner is iCloud, but there are benefits to both services. Dropbox has approximately 175 million users around the world, and it will only continue to grow through partnerships such as the one with Salesforce.

Currently, Dropbox can store photos, videos and various files, but it intends to expand in the future – perhaps to keep up with Apple’s iCloud. Both services now allow users to seamlessly sync their files and securely store them in the cloud.

Dropbox has also tried to separate itself from iCloud in the past by introducing features such as file revision, which the iCloud didn’t have. The iCloud has attempted to market itself as a must-have for Apple product users to maintain an edge on Dropbox.

If anything is certain, it’s that these two have a fierce rivalry. Dropbox founder and CEO Drew Houston said that the late Apple founder Steve Jobs allegedly wanted to “kill” his product with the iCloud.

As the competition rolls on between, there may never be a clear winner. Both services have their benefits, and it seems that the demand for secure backup will only grow over time.

Dropbox appears to be looking for friends like Salesforce to give it an advantage, but it’s currently a free-for-all in the market – there are enough consumers with a need for this type of service to go around. The question will be how Dropbox and Apple choose to take their slice of the cake. 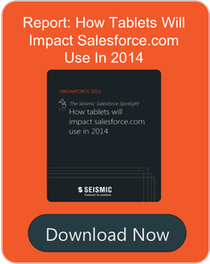