When you think of Facebook, are you still picturing a rebellious teenager snacking on potato chips in front of the computer? It may be time to change your view of the social networking website.

Everyone from financial advisors to CMOs is turning to Facebook to reach out to clients and maintain their bottom line. Gone are the days when only teenagers found the website to be useful. In fact, this age group appears to be turning away from Facebook.

Changing Demographics
The Pew Research Center reported that about one-third of adults now use at least one social networking website. In 2013, 71 percent of these adults said they used Facebook. Surprisingly, more teenagers are turning away from the site.

By the end of 2013, the media was buzzing reports that adolescents are taking Facebook out of the picture. Cyberbullying is a big reason why, and some kids simply don’t want to be on the same site as their parents – adults who may be quick to frown upon “inappropriate activities.”

Growing Up
Facebook has come a long way since it started more 10 years ago. Becoming a public company has investors taking it more seriously, and even those who don’t want to bet money on the site are willing to trust its potential.

The fact of the matter is that Facebook has become a powerful tool, and not just for adolescents – it’s an efficient way for people to connect with each other, regardless of their locations.

Facebook has also notably turned to business as more professionals look to get value out of the website. For instance, companies can create Pages where users can become “fans” of them and stay up to date on business posts.

Facebook has attempted to make itself friendlier toward marketers and advertisers as well with its pay-per-click campaign options. While websites such as LinkedIn still reign supreme in the professional world, it’s worth making note of the strides Facebook has made. The website proves that there can be a place on the Internet where casual and personal initiatives exist in harmony. 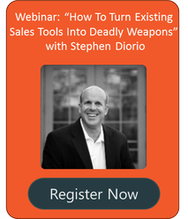