With the holiday season comes the overwhelming urge to check everyone off of your shopping list. If you have little ones, you might be on the hunt for a new gaming system.

While it may seem like there’s a new system out on the market at the end of each year, this isn’t always true. It just so happens that before the end of 2013, Microsoft and Sony are releasing the new versions of the Xbox and PlayStation in time for holiday shoppers. When gamers aren’t clamoring over the latest console, retailers need to find a way to keep consumers interested in what they have to offer.

Insert Ashley Sheetz, the chief marketing officer of GameStop, one of the largest video game retailers in the U.S. Recently, she spoke about the ups and downs of the industry at the CBS Broadcast Center in New York City, as well as what she’s learned over the years as a CMO.

Gaming isn’t always hot
It might feel like the PlayStation 3 was just released yesterday, but the fact of the matter is that it was officially launched in the U.S. in 2006 – a full seven years ago. Microsoft’s Xbox 360 was released in the fall of 2005, making it even older than its competitor.

When Microsoft and Sony were hard at work developing their next consoles, Sheetz had to find a way to keep consumers coming back for more. The release of new games helped, but GameStop still had to become innovative in the way that it retained customers. The CMO chose to shift a big portion of her focus to a loyalty program, which is just one of many strategies that companies use to hold onto consumers.

PowerUp gives GameStop a boost
The PowerUp loyalty program developed by Sheetz and her marketing team became extremely popular among GameStop customers, and it currently has approximately 25 million people. PowerUp members are given an additional discount on items such as games and strategy guides, as well as insight into upcoming releases. In exchange for these perks, Sheetz gets valuable information that can keep GameStop chugging along until the next big console release.

“PowerUp Rewards has allowed us to have one on one communications with our customers,” Sheetz told ZDNet.com. “We now know who are customers are. They give us their e-mail addresses, they give us their phone numbers, and we’re able to have personal relevant communications with those customers, and we’re able to tell them about the products and services that GameStop provides that will be most relevant to them. As we look at the technology that’s available to us, as marketers, it’s only going to grow and get more exciting. So it’s a great time to be in marketing.”

Marketing during the off-season
Whether you’re in the world of software technology or focused on video game consoles like Sheetz, it’s critical to plan for the off-season. A good CMO knows how to drive business and market efficiently, even when the target audience isn’t biting.

Some easy ways that you can maintain productivity involve releasing complementary goods and services, targeting niche markets and generating high quality content. It’s also a good idea to use your off-season to ensure that your business collateral is compliant across the board. Keeping your mind active is the key to maintaining an edge in your industry. 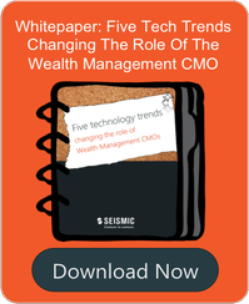