A recent article from the Harvard Business Review suggests that one simple word can increase individuals’ productivity, motivation and morale. How can your team benefit from using this word every day?

Stanford researchers Priyanka Carr and Greg Walton conducted a study that found simply saying the word “together” to a group of individuals can increase productivity, motivation and morale. The study focused on the behavior of two groups: a together group, whose members were told that they would be working on a difficult puzzle with teammates (although physically separated from them) and an alone group that would work on the same puzzle with no help from a team. Participants in the together group were told they would receive one tip from someone on their team, and those in the alone group would receive one tip from the researcher. While both groups were technically working alone, their perceptions of the work were entirely different.

Participants in the together group worked on the puzzle for 48% longer than those in the alone group, and reported feeling less tired upon completion than their counterparts working solo. The together participants also found the puzzle more interesting than those who worked alone, and solved more problems in the puzzle overall. The only difference between these two groups was the mentioning of working with others, even though neither group actually did. This is the power of “together.”

While I didn’t know it at the time, I learned this lesson many years ago while playing high school lacrosse. Before the first faceoff of each game, my team would gather in a circle with our sticks in the middle and yell, “Together!” It was short and simple, and it’s a little awkward to describe in writing. But this cheer was much more than a word to us. It was our commitment as individuals to play as a team for the entirety of the game, no matter what the outcome.

As a team leader, it’s crucial to understand that “togetherness” is just as relevant in the workplace as it is on the field, and can drastically affect the way your team performs every day.

So how can this translate to your own team? The majority of our days are not spent actually working together. Sure, we are structurally organized into teams, but nearly all of our daily responsibilities are completed as individuals. Similar to lacrosse, all of the plays—whether a pass, shot or check—are executed by a single player. But because we had committed to work together before the game, each play was performed with a purpose that put us closer to our common goal of winning. As a team leader, relaying that same commitment to working together will lead to a more cohesive and coordinated team that can be trusted to work towards your shared goals. And all it takes is a simple word. 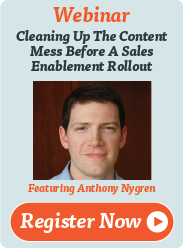