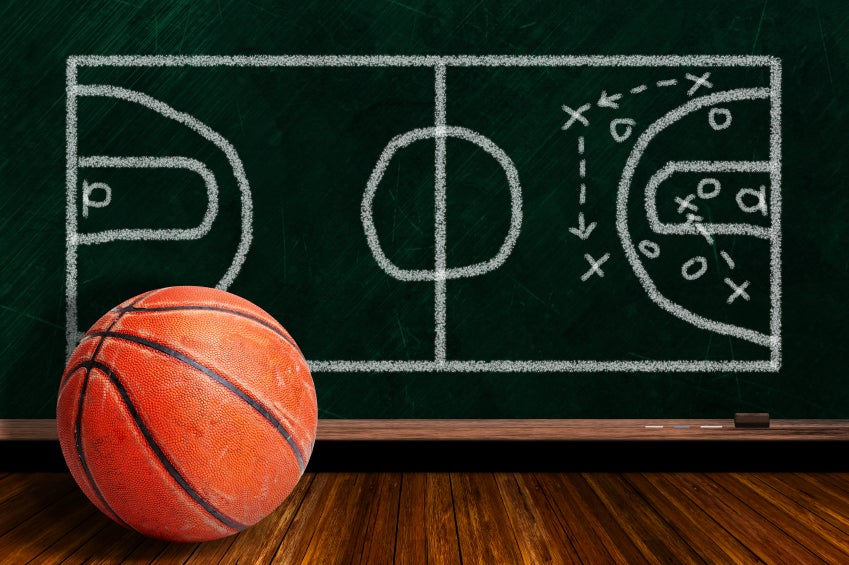 We might be smack dab in the middle of March Madness, but a different basketball story line stole the spotlight this week. Yesterday, ESPN’s TrueHoop reported about a side of the basketball business us spectators don’t normally see: brand endorsement deals.

TrueHoop disclosed information about how Under Armour won over Steph Curry, arguably the biggest star in the NBA this season, due to a series of mishaps and missed opportunities. The salt in Nike’s wound: Morgan Stanley recently estimated Curry’s potential worth to Under Armour at an astounding $14 billion.

Curry had been a Nike brand ambassador for years before his contract expired in 2013. According to TrueHoop, “Nike had every advantage when it came to keeping Curry. Incumbency is a massive recruiting edge for a shoe company, as players often express a loyalty to these brands their NBA franchises might envy.”

But Nike suffered some avoidable slip-ups during Curry’s contract renewal, mistakes that potentially cost them $14 billion. These pitfalls are in no way unique to brand/athlete relationships, or to Nike; B2B salespeople, enterprise organizations and even Wall Street firms have made the same mistakes with similar unfortunate outcomes. Below are four invaluable lessons salespeople can learn from Nike’s failed deal with Steph Curry.

One misstep in Nike’s renewal talks with Curry occurred when one Nike official accidentally addressed Stephen as “Steph-on.” Steph’s father, who was present for the pitch meeting, said that he wasn’t surprised at the mispronunciation, but “was surprised that it didn’t get a correction.” Taking the time to understand how a prospective customer’s name is spelled and pronounced can go a long way and ensures that meetings start out on the right foot. Review names before each meeting, and don’t be afraid to ask for clarification if you think you may be wrong; your prospects are likely to appreciate your contentiousness.
Learn about SiriusDecisions’ new Needs Aperture to better understand customers >>>

2. Use connections to earn credibility and build trust.

If Nike had considered its mutual connections with Curry, it might’ve been able to keep him on board. Curry’s godfather works for Nike, and according to TrueHoop he grew up wearing Nikes. Had they addressed this relationship, they might’ve been able to tap into an emotional or personal connection that other brands didn’t have to their advantage. On the other hand, Under Armour was able to do this by harnessing Curry’s friendship with Kent Bazemore (who was already an Under Armour brand representative), which leads us to the next takeaway.

3. Happy customers are your best advertisers.

It was clear that Bazemore was having great success—and fun—as an Under Armour athlete. When Curry’s current deal was expiring, Bazemore recalls saying, “Man, come over here [to Under Armour], get your own shoe.” Bazemore said that Under Armour hadn’t put him up to this, but his contentment with the brand and its treatment of its athletes was enough for Bazemore to entice Curry to join him. Salespeople should use mutual connections to build their credibility in deals and earn trust, and can also use those connections as references. If you have a customer that’s over-the-moon happy with your product or service, introduce them to someone who could also benefit from it.

According to Steph’s father Dell, Nike’s pitch took a final downfall after the name mispronunciation: a PowerPoint slide featured Kevin Durant’s name, “presumably left on by accident, presumably residue from repurposed materials.” Imagine going into a high-value meeting with one of your top prospects and showing them a presentation tailored to their biggest competitor? Dell put it perfectly: “I stopped paying attention after that.” You’d be incredibly lucky to salvage a deal after a mistake like this, and this is only a single offense. Salespeople enter meetings “armed” with presentations that are riddled with outdated and erroneous data, incorrect logos and branding, and stale messaging simply because they don’t take the time to correct them. It isn’t necessary to create a brand new presentation each time, but having the tools to streamline the personalization of sales materials accurately will bring salespeople to the next level of customer engagement.

Nike is not alone in the oversight of accurately personalizing materials. Salespeople lose to their competitors every day because of missteps during the preparation and execution of sales presentations. It doesn’t matter if you’re meeting with your industry’s Steph Curry or its 76ers—each deal matters, and you never know where upsell and cross-sell opportunities may arise. It’s important to use existing relationships to build new ones, understand your customer’s needs and priorities, and tailor your presentation to each customer. If you don’t, there’s undoubtedly a competitor waiting in the background to pull off the steal.