Farming is a tough job, but many Americans still make a living doing so in the 21st century. The agricultural industry yields more than just crops – money is what makes it tick, just like any other industry in the U.S.

So what do farmers do when it comes time to handle their finances?

As it turns out, many are reluctant to turn to sales enablement solutions and other new technology to crunch the numbers. Software that could make the task easier is often denied by farmers who are simply unaware of its benefits.

Falling behind the times
The fact of the matter is that the agricultural industry hasn’t bought into the idea of using financial software due to a lack of information. Educating industry leaders may play a large role in how farmers handle their money in the future.

One of the key benefits of utilizing financial technology is the ability to budget more effectively. Farmers can keep a closer eye on where their money is headed, as well as how much is coming in.

Another advantage that financial software gives farmers is the consistency. Although it might not seem like a big benefit, having all money matters situated in one place can make finances easier to manage.

Finally, farmers can do extensive planning for the future by investing in new technology. The software on the market puts individuals in a position to strategize for the coming months and years. In terms of farming, this can be a big asset to individuals as they look to roll with changes in the industry.

In many cases, people just need an opportunity to test the water before they dive head first into an investment. As financial management technology begins to stretch beyond the city and into the country, don’t be surprised to see more of America’s hard working farmers direct their attention toward 21st century innovations. 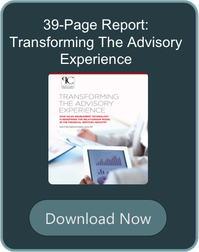