If you haven’t heard, 2014 is the year of “The Internet of Things.” At least this is what Frost & Sullivan analyst Andrew Milroy thinks, according to CIO magazine. Are you on board with his prediction?

It’s not hard to envision a world where virtually every piece of technology is connected to the Web – much of our lives is already interconnected to the Internet. However, critics of predictions made by experts like Milroy claim that businesses are not in love with the “Internet of Things.” Furthermore, many people find it hard to see companies falling hard for this concept any time soon.

CIOs likely know better than anyone else where businesses could go in the future in terms of this concept. However, a definition of “The Internet of Things” is necessary to understand any analyst’s viewpoint on the matter.

What is ‘The Internet of Things’?
Cisco Systems defines “things” as devices with on/off switches. The company also believes that there are more “things” connected to the Internet today than there are people in the world. Even people outside of the working world can see its effects – think of the smartphones that can be synched to your desktop, laptop, home thermostat and television.

Is it possible to be too interlinked? It may be convenient to be connected to all of your technology, but is it necessary?

Critics Voice Their Concerns
Those who are skeptical of enterprises embracing “The Internet of Things” believe that security is a “make it or break it” factor. There may be several ways to connect to multiple networks and devices, but how secure is your data once you’re linked?

Forrester determined through its research that technology immaturity and regulatory issues are also making businesses reluctant. With all of these factors in mind, it’s hard to imagine a world where “The Internet of Things” rules supreme. There is a small group of people who will determine its prominence as time goes on.

The Power of the CIO
CIOs are often in control of the technology budget for their companies, meaning they hold the key to “The Internet of Things.” The question is whether they’ll push enterprises toward this concept as technology becomes more robust.

Security is one factor that cannot be overlooked by CIOs who are in love with the idea of “The Internet of Things”. This is critical to all companies, and CIOs need to be keen on maintaining secure connectivity. Sensitive data that makes its way out into the open can be spell disaster for a business.

While “The Internet of Things” brings convenience to everyday tasks, companies need to proceed with caution. It’s the CIO’s job to be the guiding light for enterprises tip-toeing toward this new way of thinking. 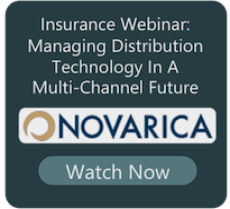