With the arrival of Salesforce1 comes Heroku1, a cloud platform that allows users to access their data everywhere, but what are its benefits? Aside from being a place to hold critical files, Heroku1 has several features that make it an app developer’s dream.

Cloud power
Perhaps the most intriguing feature of Heroku1 is that it allows developers to utilize technical resources without the need for specific servers. The cloud makes the process of developing apps more mobile, which is a big convenience in the fast-paced Digital Age.

The perks
Heroku1 has everything developers need to build and operate connected apps. Individuals can also create applications that put them face-to-face with customers, which is critical for maintaining client relationships. Through new API tools, developing apps is a breeze.

Getting it out there
Getting applications out into the world is a seamless process through Heroku1 and Salesforce1. Specifically, Heroku1 has two geographic regions – Europe and the U.S. – which makes it simple to deploy apps in other parts of the globe on a whim. Heroku1 also helps you by automatically releasing a new version of your app whenever you make updates to it.

As you look to make the most of Salesforce1, understanding each of its features can benefit you. Whether you’re an app developer or a Salesforce admin, it’s easy to see that Salesforce has come a long way since its humble beginnings in 1999. 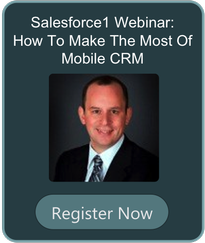