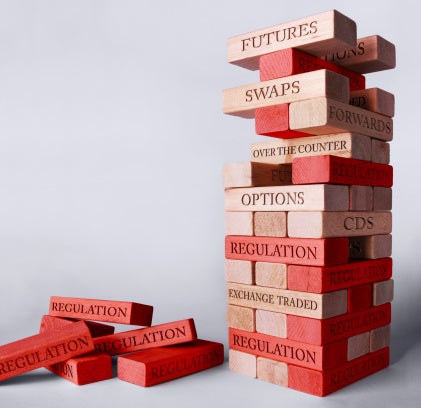 As we approach the six-month mark of the Department of Labor’s final ruling on fiduciary care within wealth management, it’s worth looking at where, legally speaking, the piece stands, how affected parties are responding, and which specific points offer the most complexity in terms of compliance.

The first hearing against the DOL ruling commenced last week in Washington D.C. and looks to place an injunction on the regulation’s implementation. Such a move would allow firms more time to understand the rule’s requirements, review possible solutions, and prepare advisors for both the added regulation and any new, internally directed, compliance processes. Additional lawsuits have been filed in Texas and Kansas, among other locations, arguing that the DOL overstepped its authority and small-to-mid-sized firms are disproportionately affected by new regulatory costs, which will lead to job losses. Regardless of how many lawsuits are filed, if their judicial decisions contradict each other, a collective case could land before the Supreme Court. With hearings scheduled through the fall, stakeholders should have substantially more clarity on the rule’s legal status come 2017.

Economies of Scale, Visions for Reality

While the financial services industry eagerly awaits the results of any and all legal challenges against the ruling, many wealth management firms, especially independent broker-dealers (IBDs), are not taking a wait-and-see approach, but rather pushing forward with strategies for tackling the increased costs of compliance. Scaling operations via mergers or acquisitions is an ongoing trend of the industry and economic times, with one of the latest agreements taking place between Securities America and Foothill Securities. Economies of scale affords firms the ability to absorb higher regulatory costs, a component of thinner profit margins, by increasing overall revenue and distributing the added expense over a wider area. Though the DOL rule isn’t the core catalyst behind industry consolidation, according to many analysts, it is one of a handful of reasons for it.

Meanwhile, firms like LPL Financial are transitioning from a point of opposition to one of adaptation by trimming product offerings, consolidating processes, and leveraging technology with the goal of gaining a valuable edge in a very competitive and highly regulated space. Rob McIsaac, Senior VP of Research and Consulting at Novarica, recently commented on LPL’s strategy and the larger environmental forces in a company blog: “One of the things which frequently follows introduction of expanded compliance rules is a natural period of grieving for an earlier status quo, as well as some notable scrambling to identify options to deal with a revised operational landscape. However, implementation of the rule changes can actually create a form of competitive advantage. Better customer insight can, for example, create new or improved marketing and sales opportunities.” Regardless the avenue taken, M&A or reinvention, it is clear that brokerages wish to remain within the market, in some form or another, well beyond the rule’s official start date.

Getting One’s BICEs in a Row

One section of the rule allows advisors and clients to execute an exemption option, but the details of its use somewhat add to the confusion around providing the necessary documentation to clients. The Best Interest Contract Exemption (BICE or BIC) comes in four forms—Full-Blown, Disclosure, Streamlined, and Transition—and can only be utilized from April 10, 2017 to January 1, 2018. Additionally, these exemptions have to state that only reasonable compensation was earned and no conflicts of interest existed, while using clear, non-misleading language on transactions and advice.

When it comes to commission-based accounts, firms can choose to broadly level fees rather than have advisors enact a BICE; however, fee leveling is the only option available in terms of discretionary advice. Additionally, commission-based investments can be grandfathered provided the advice occurs before April 10; anything after, and before January 1, will require a BICE. A caveat to grandfathering is that only new advice qualifies; an advisor cannot recommend an increased stake in an already owned product.

Regarding firms’ initial reaction to the rule and their pathways forward, Marcia Wagner, managing director of the Wagner Law Group, a Boston law firm specializing in employee benefits, said in a recent ThinkAdvisor piece, “There’s been a lot of panic about the rule, but when you break it down into its parts it’s doable. If you look at the whole thing, it’s overwhelming. I wouldn’t want to wait and hope for a ruling to go a certain way and not be appealed. Figure out what it is, how you’re going to comply and then comply. Do the best you possibly can.”

Comprehensively understanding and complying with the DOL rule’s sweeping definitions and procedural nuances no doubt requires higher levels of overhead and oversight, and as some firms look to gain strength in numbers, others are reinventing their models and processes. Whichever the strategy, imagine where stakeholders will be in just another six months.