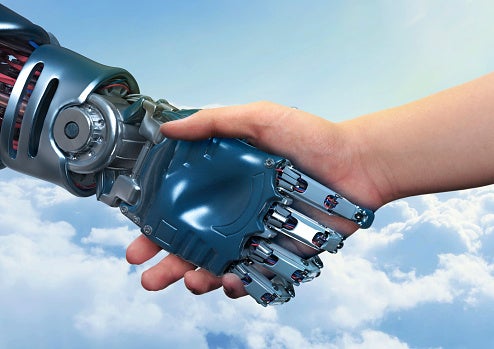 The proliferation of robo-advisor platforms has been well documented and referenced over the past year, with much of the technology’s development and usage focused on penetrating the millennial investor market segment. As the future of wealth management resides within the bank accounts and investing behaviors of the U.S.’s largest working generation, the existence of these value-oriented, algorithm-based entities transcends the line between fintech and traditional firms, with many industry players introducing their own via internal development or external acquisition.

More recently, conversations about the popularity and trustworthiness of robo advisors have started to increase in volume, with some even questioning the long-term viability of the standard robo platform business model. This second look is quite a pivot from the belief that robos are a threat to traditional advisors and could in fact supplant them. But it does raise the questions: What is the long-term form and function of robo advisors? Will they spell doom for traditional advisors and wealth management firms? Or are they a fad that at the core only offer attractive interfaces soon to be adopted and employed by humans? As always, once apocalyptic visions and skeptical dismissals subside and pragmatism begins to drive all trend analyses, a more comprehensive approach can be undertaken.

While Millennials are attracted to the usability and low-cost of robo platforms, even they, with all of their technological saavy, are inclined to rely on humans more than computers when investment advice is needed. A survey by GfK showed that just 15 percent of Millennials would consider a robo platform that only offered assistance via email or live chat. When accounting for all age demographics, that number dropped to 9 percent, and when asked if they would trust a computer more than a traditional advisor, only 10 percent of respondents said yes. “People have been able to embrace banking online, so we wondered how well they will be able to address investments,” said Tom Neri, managing director of GfK’s financial services team in North America. “Investments are an area where people have more concerns about their knowledge and about making decisions.”

Acknowledging the market for and advantages of robo-advisor technology, Capital One recently launched their own algorithm-based online platform; however, as an echo of the GfK findings, the firm decided to offer a hybrid product, supporting the automated investment service with a team of human advisors. Like other industry-leading robos, customers can invest in a number of ETF-comprised portfolios, but if they have a question about any of the offerings or even concerns about a potentially volatile market, an advisor is just a phone call away. Additionally, said advisors are not paid based on how much advice they provide or portfolios they sell, but rather by the satisfaction of customers and share of new business generated.

“All digital or all human isn’t the answer,” said Yvette Butler, president of Capital One Investing. “People want both at different times.” Since the value of that latter component was on full display before, during and after the U.K.’s June 23 Brexit vote, it’s no wonder Capitol One is following the steps of E*Trade and Vanguard, who offer similar hybrid platforms.

Wealth management is rapidly evolving, so much so that one of the most disruptive trends to derive from that evolution has already been pulled back into the process for further development. If the movement of robo advising continues to progress, and the need for traditional interaction and insight remains strong, then perhaps the absolute cost/revenue endpoint is a convergence of usability and artificial intelligence, complemented by a hip Styx soundtrack.